The Guinean Alliance for Education and Development’s Executive Officers 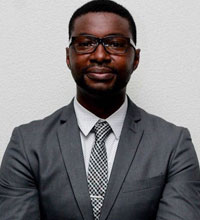 I graduated from Widener University with a Master’s in Public Administration. GAED has been a lifestyle. I believe that for Guinea to advance or develop, we need to train the workforce of tomorrow today. The best way to achieve this goal is through education. A quality of education for that matter. My goal is to help GAED fulfill that dream. 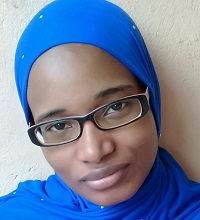 I hold a Bachelor Degree in Business Administration from the University of Quebec in Montreal. I strongly believes that by helping people get an education, you are empowering them and giving them the tools to build a dignified and successful life. That is why I joined GAED and I would like to invite you to join us in this great cause.
Let’s us come together to build the next generation of leaders. 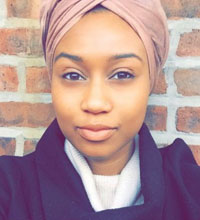 Mariama Diallo is currently the Vice President of Resources and Personnel for GAED. She has been with the organization since 2016. Mariama is a graduate of the University of Maryland College Park where she majored in Political Science and minored in Geographic Information Systems (GIS). Mariama also has an associate degree in International Studies. Her passion for African development and human service has prompted her to join GAED. Mariama believes that by investing in the population in Guinea, primarily through education, this could lead to economic and social growth for the country. 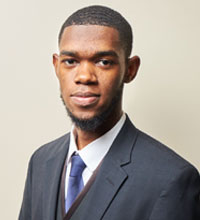 Mamadou Aliou Diallo has a Bachelor of Science in Mechanical Engineering at the University of Maryland Baltimore County (UMBC).

Having lived in Guinea as well as the United States, Mamadou Aliou has had the opportunity to attend school in both nations and witness the educational disparity between them. He believes that living in the U.S. has given him and many of us access to a first-class education, a statement which most people around the globe, including in Guinea, cannot make. And because of this, he sees it as his responsibility and duty to give back to those who haven’t been as fortunate. He is humbled and grateful to be a part of such a great organization and hopes that, united through GAED and by the will of the Almighty, we can all make a greater positive impact beyond anything that we could achieve individually. 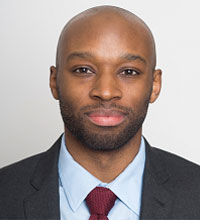 Ousmane Toure was educated in Accounting, Finance, and Economics at Pace University. After college, he went on to work for the world renown firm Deloitte and Touche as an investment management auditor. During his experience working in the world of high finance, Ousmane understood the importance of financial education to the successful operation of families, schools, businesses, and other organizations. After leaving Deloitte and Touche, Ousmane started consulting small business clients on their personal and business financial matters. Surprised at the lack of financial education, Ousmane decided to hone his entrepreneurial skills in order to increase financial literacy and awareness. Currently, he is working on several projects to promote his own brand of financial services and education products. 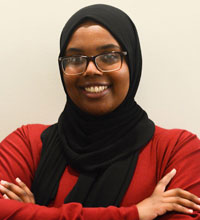 My name is Aissata Bah and I am a Junior at The University of Delaware with a major in Health Behavior Science and minor in Physcial Activity and Disabilitiy. I love to spread knowledge and positivity to all types of people. I have a passion for helping and caring for people which is what lead me to join GAED because what is better than helping others am I right? I invested in GAED because I wanted to be a part of an organization that shares the same vision for the future of Guinean students as I do by not only helping the students achieve academic success but by becoming a support system for Guinean students. 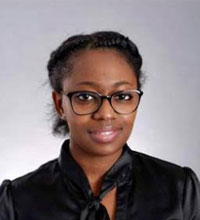 My name is Fatoumata Binta Diallo, and I am currently the Leadership Coordinator for GAED. I recently graduated from Towson University with a Bachelor’s degree in Healthcare Management. I sturdily believe that given the opportunities, every child can have access to good education and be successful. Dedicating the human assets needed will start a chain reaction that will end in the development of Education in Guinea and aboard. That’s why I joined GAED, a chance for me to be part of something that matters and promote professional and intellectual growth, most importantly I can help impact someone’s life positively. 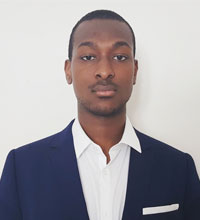 In my opinion, education is the basis of a prosperous future: the life of tomorrow, the city of tomorrow, the economy of tomorrow. If we want to move forward, to have sustainable economic and social development, we must invest in social and school education, awareness. Therefore, I do not concur that only the actions of a government can create this development. Everyone must be an actor of the development of our motherland without regard to how he is participating. Wanting to be part of this process, I joined GAED which has values that I share and a mission that perfectly suits me. 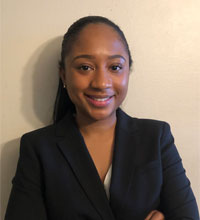 Neneh Binta Balde is currently an undergraduate Law & Society student at York University in Toronto. She is a member of the Golden Key International Honour Society and is a highly-motivated and enthusiastic person. Knowing the importance of a quality education and its power in transforming not only a life but a nation, she has joined hands with GAED to improve the education of Guinean students. By providing quality skill sets to Guineans, she strongly believes that it will break the cycle of poverty and ensure a brighter future for them, their families and their community as well. 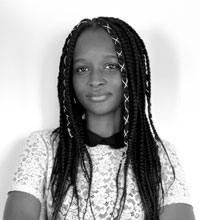